Famously being one of Vietnam’s seven UNESCO World Heritage Sites, the Imperial City of Hue has long been a must-see attraction for tourists visiting a hidden charm of Vietnam.

The Imperial City of Hue was actually a walled fortress and palace belonged to the ancient city of Hue which was a capital city of the Nguyen Dynasty for 140 years date back from 1805 until 1945. 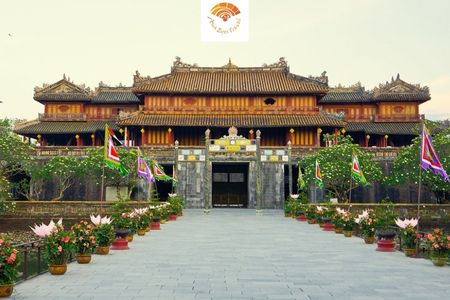 The grandeur architecture was planned to be built in 1803 by Gia Long – an emperor who founded the Nguyen Dynasty. During 27 years from 1805 to 1832, the Imperial City of Hue was finally completed under the reign of Minh Mang, making it the most massive structure being built in the history of modern Vietnam involving thousands of workers, millions cubic meters of rock and huge volume of burden workload. It locates on the northern bank of Huong River, turning South with total land area of 520 ha. The place was made UNESCO Site in 1993 with the remained buildings being actively restored and preserved after the destruction from the Vietnam War.

The Imperial City of Hue has a circumference of 10 kilometers with the height of 6.6 meters and 21 meters thick with forts being meanderingly arranged, accompanied by cannons, artilleries and ammunitions. Initially the fortress was built solely by soil, only to be replaced by bricks afterward. Surrounding the city is the complicated canal system served not only as a protection but also as a waterway with nearly seven kilometers. 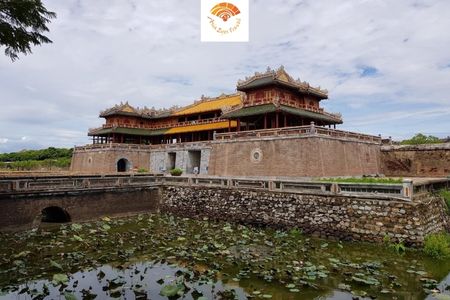 There are total of ten main majestic gates leading to the Imperial City of Hue, which can be divided into two main parts excluding houses and mansions: The Citadel and The Forbidden City. The former served to protect the important palaces inside while the latter was where the emperor and the royal family stayed as well as the court’s workplace. All the typically traditional Eastern architectures including majestic palaces, tombs and museums stand accordantly together to make an utmost amusing attraction right in the heart of Vietnam.

There is no difficulty getting to the Imperial City. From Phu Bai International Airport, head straight to 1A Highway and you’ll be standing right next to a massive gate leading its way inside; just prepare 50.000 VND for the ticket and all there’s left for you to do is sightseeing the magnificence of the Imperial City of Hue.