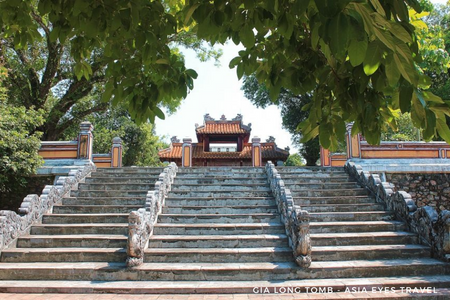 Gia Long Tomb or Thien Tho Tomb was built from 1914 to 1820, being the reposing place of King Gia Long (1762-1820), the first king of Nguyen Dynasty. Gia Long Tomb is located in the middle of the jungle, in Huong Tra District. In front of is Dai Thien Tho Mountain. Every side, there are14 beautiful and big mountains. In the middle of the campus is the tomb of the King and the Queen. Gia Long Tomb is a harmonious masterpiece of nature and architecture making a strong impression on visitors when having an opportunity to visit. 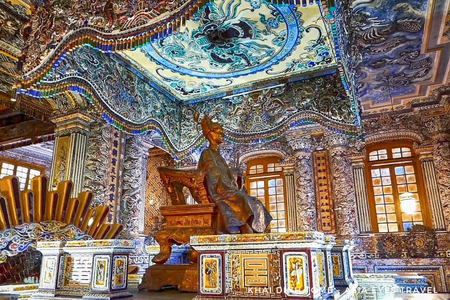 Khai Dinh Tomb is an important point in the journey to explore Hue. Khai Dinh Tomb almost always gives visitors a lot of memorable feelings when visiting it. Also known as Ung Tomb, Khai Dinh Tomb is located in Thuy Bang Commune, Huong Thuy District, about 10 km from the center of Hue City. Though its campus is smaller than the tombs of the predecessors, the tomb of Khai Dinh is magnificent because of harmonious combines of Asian, European and Vietnamese architecture, Classicality and modernity. This is really a valuable art and architecture, meaning you should not miss a visit when arriving in Hue. 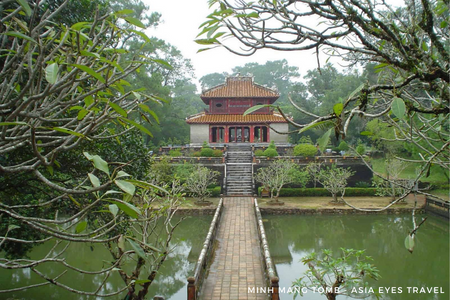 Minh Mang Tomb also is known as Hieu Tomb is the resting place of King Minh Mang. It is located on Cam Khe Mountain, where the convergence of two lines Huu Trach and Ta Trach is, forming the Huong River, about 12 km from the center of the City. The landscape here is charming, poetic. The Tomb has moss and retains the original, so it contains the big value of culture, history, and architecture. This is one of the most popular works attracting tourists in Hue. 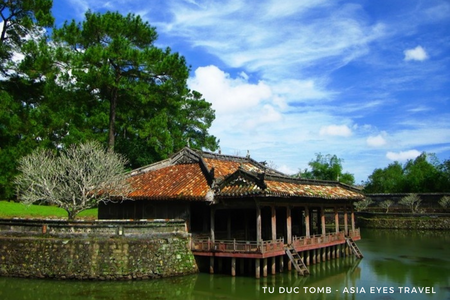 The four above tombs have both cultural, historical value and architectural value, so they are considered the most famous tombs in Hue. In the journey visiting Hue, we cannot miss the opportunity of watching these unique works .Certainly, Watching will give us many new strange thoughts and feelings.