10 things to see and do in Dien Bien Phu

Land of bauhinia flowers and the largest rice fields in the northwest, the Dien Bien region is above all a sanctuary of the world-famous historic victory of Dien Bien Phu. The visit of the traces of the battle of Dien Bien Phu will take you to discover the mountainous province of Dien Bien populated by about twenty ethnic groups including two of the more important ones, the Thai and Hmong. Everything from the glorious countryside of 1954, the varied and picturesque reliefs and the preserved culture of the ethnic groups that this peaceful region conceals will delight lovers of nature and trekking. Here are our suggestions for you with the top 10 things to see and do in and around Dien Bien Phu.

1.Historical remnants of the battle of Dien Bien Phu, one of the places of remembrance

This place contains a number of traces and witnesses reconstructing the highlights of the campaign whose Vietnamese victory of May 7, 1954, shook the whole world. After 56 days of intense fighting, the success of troops led by General Vo Nguyen Giap invited the defeated to leave Tonkin. This marked the advent of independence in North Vietnam, giving rise to the historic Geneva Agreement. Classified as a special national site, the site maintains 45 different sectors, eight of which are open to visitors. 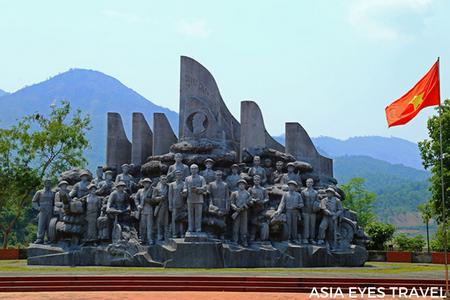 Built in 1984 to mark the 30th anniversary of the battle, the museum is located in the Muong Thanh district of the city centre. The 5 exhibition places present 274 objects, 122 photos and paintings focused on the themes, namely, the strategic location of Dien Bien Phu, French positions, preparation of the campaign by Vietnamese force, impact of the battle and Dien Bien Phu today.

Renowned for being at the head of the four largest fields in the Northwest, the Muong Thanh field will seduce you with a surprising beauty renewed with each rice season. 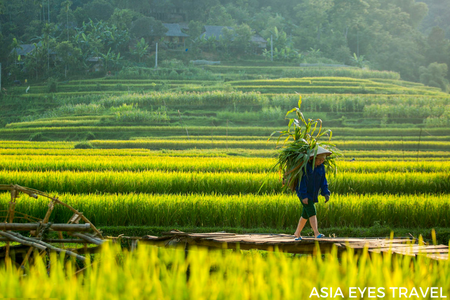 Found at an altitude of 400 metres, this natural setting is spread more than 20 kilometres long and 6 kilometres wide on average on the banks of the Nam Ron River.

Embraced by a green setting of the mountains, the lake extends over approximately 600 hectares where an excursion in a boat is all relaxing and pleasant. 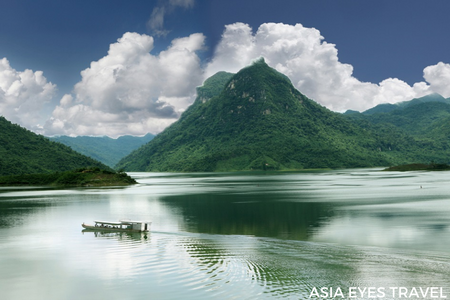 There’s also the opportunity to meet in its surroundings the inhabitants of the Thai and Khmu ethnic group who preserve the customs of their ancestors.

It is in Thanh Luong commune, 5 km from Dien Bien Phu city, that we will access Hua Pe hot thermal spring, near Hua Pe artificial lake. 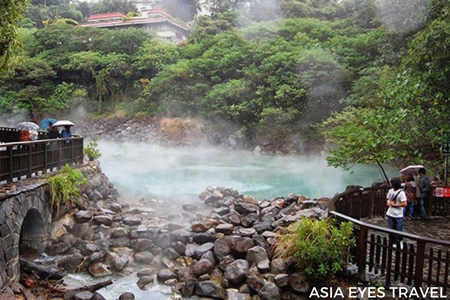 With beautiful assets, the place is known as a great attraction for well-being and relaxation.

This vertiginous loop is renowned as one of the four king passes of mountains in northeast Vietnam. 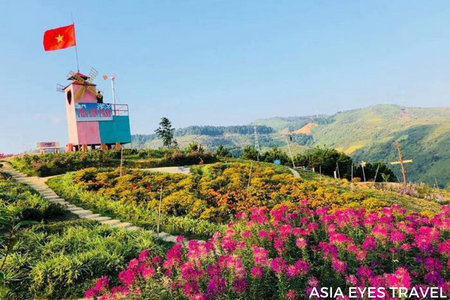 Once the steep reliefs are conquered, a breath-taking view of the magnificent landscapes has everything to seduce hikers.

6.High place of trekking in A Pa Chai, the extreme point of the west

Walking the detours off the beaten track at the border of three countries, Vietnam, Laos and China is the opportunity to conquer the peak of A Pa Chai mountains at 1864 metres above sea level. 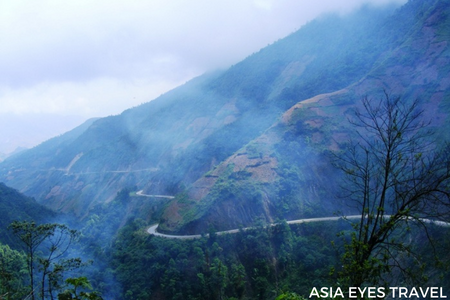 In this little trekking paradise, you will mainly meet the Ha Nhi ethnic group who live with some others in their typical mountainside accommodation.

Complete your historic stay in Dien Bien Phu with a rich discovery trip to hamlets and ethnic villages. 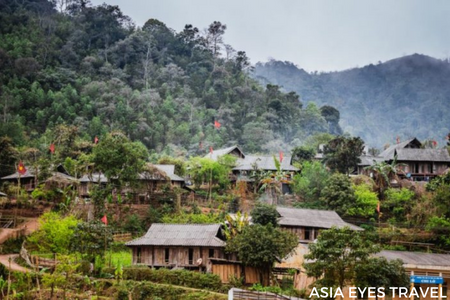 You will appreciate the warm meeting with the ethnic families through a traditional meal or the folk songs of the Thai or Hmong. Head towards Ban Men, Ban Ten, Ban Co My and Ban Phieng Loi villages and you will not regret it. This also supports local community tourism.

To find out more about the social lives of these mountain people, visit the weekly market to learn a little about the cultural riches of the region. 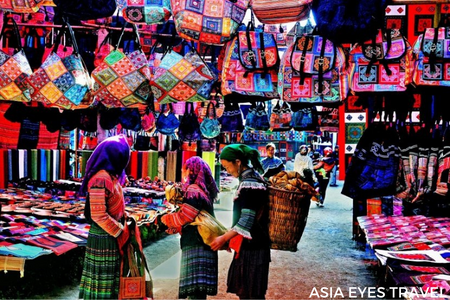 Colourful, these weekly markets of Tua Chua district will make you come across merchants dressed in their shimmering traditional outfits. Take advantage of your visit to Dien Bien to discover one of its markets, Muong Bang, Xa Nhe and Ta Sin Thang.

Found in Muong Nhe district and about 700 kilometres from Hanoi, it is the habitat of many animal and plant species. 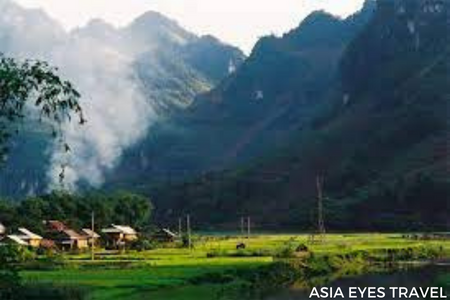 The Muong Nhe nature reserve is distinguished by the exceptional biodiversity which is known as the most remarkable in the country. Exploring the place is sure to delight any lover of nature.

The smallest in the territory for its size and population, the Muong Lay commune is worth the detour for its varied interests. 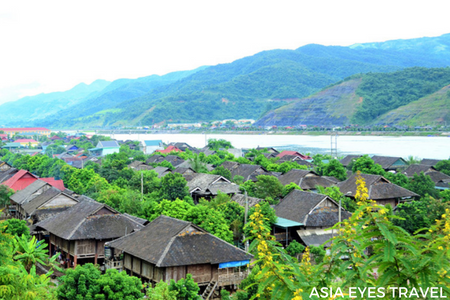 A ride on the legendary Black River or the meeting of artisans from traditional villages of brocade weaving, carpentry, making musical instruments will leave you with memorable moments.