8 Best Things To Do In Da Nang

Da Nang is a beautiful city in the centre of Vietnam. It offers tourists a huge number of breath-taking attractions along with great activities all year round. Continue to read this article, you will find the best things to do in Da Nang with your friends and family. Some of the Danang best attractions are also revealed right here!

Located 9 kilometers from Da Nang, the Marble Mountains are a cluster of five limestone outcrops which are named after the five elements of the universe including water, metal, fire, wood and earth.

The ancient folklore told that those five mystical Marble Mountains were created by the fragments of a giant dragon’s shell on Non Nuoc Beach. 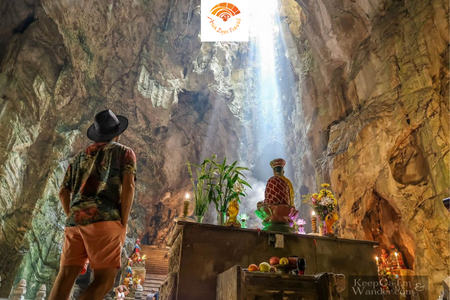 Coming to this site, you will have a chance to explore a plenty of statues, pagodas, grottoes and caves. If you like hiking, you can climb the mountains to reach their summits. From these points, you will be able to see the whole view of Da Nang.

The Marble Mountains are wonderful at anytime of the year. However, if you want to contemplate them at the most beautiful season, you should go in summer, which is from June to August each year.

Avoid stormy season (from September to November) because the stairs will become slippery and you may fall when climbing the mountains.

Cham islands, around 50 kilometers from Da Nang city, are among the greatest destinations you should visit in Vietnam. Cham islands (or Cu Lao Cham archipelago) contain 8 small islands. They were recognized by UNESCO as a World Biosphere Reserve. 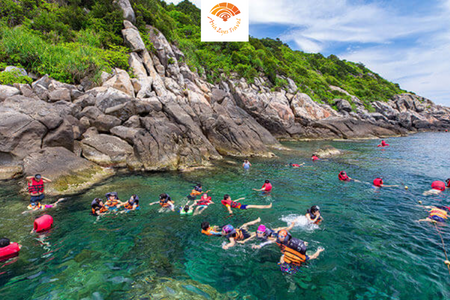 It is said that Cham islands are cultural-historic areas. They have some vestiges of Cham people’s civilization from hundreds of years ago. In addition, there are also a wide range of leisure activities for tourists to enjoy here.

Travellers can explore marine life by swimming, boat racing, water skiing, scuba diving and kite flying on the beaches. After that, they can enjoy delicious seafood made by friendly local people.

Da Nang’s Dragon Bridge is the longest bridge in Vietnam. It crosses the Han River, connecting people to Non Nuoc Beach, My Khe Beach and many other famous spots.

The bridge was constructed in 2011 and officially opened 2 years later. The reason why Vietnamese people made it into the shape of golden Dragon is because Dragon is one of the four holy animals in Vietnam, which represents for the nobility, power and good fortune. 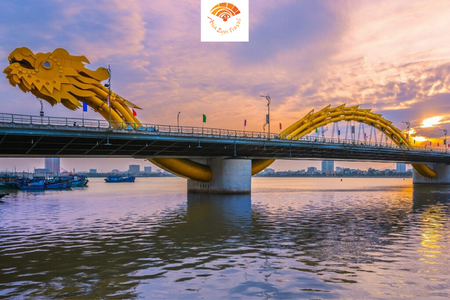 Dragon Bridge is really beautiful, especially in the evening when people turn on colorful LED lights along the 666 meters long of it. In the surroundings areas, there are also lots of restaurants, coffee shops and bars for visitors to enjoy the state-of-the-art view.

Golden Bridge, a 150-meter long pedestrian bridge, is a magical destination for tourists in Da Nang city. It has been completely constructed in 2018 but it has attracted thousands of visitors worldwide up to now.

The unique feature of this construction is its architecture with giant hands holding underneath the elegant bridge. The image makes people think of the God of Mountain’s hands supporting people to Thien Thai garden. 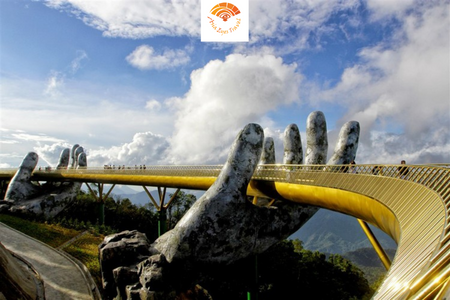 The Golden Bridge has brought inspiration for so many fashion designers. Earlier, it welcomed 7 girls participating in Miss World 2016. Furthermore, it was also used to take wedding photo album for lots of couples.

Son Tra Peninsula is known as the old eco-jungle in a young city because it can be seen from every place of Da Nang city. Being home to numerous types of fauna and plants, the attractive scenery and space here is also an ideal area to dance, sing and play chess together. 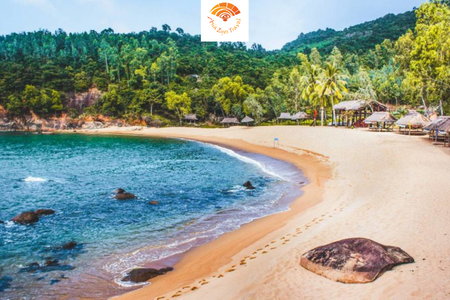 Son Tra is beautiful both in daytime and nighttime. You can enjoy the peacefulness of twilight as well as the splendid flow of dawn on this charming landscape.

Near Son Tra Peninsula, you can visit Linh Ung Pagoda, Dong Dinh Museum or 1000-year-old banyan tree. They are also must-see places that you should not skip once coming to Da Nang, Vietnam.

My Khe Beach is a picturesque beach with blue sky, gentle slope, smooth white sand and clear water. It was listed as one of the most luxurious beaches in the world by Forbes Magazine. Once you get here, you will feel released and comfortable after hard-working days. 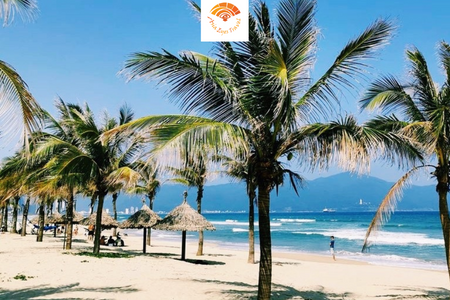 Near the beach, there are a wide range of hostels, hotels, resorts and villas available for different kinds of visitors. So, after spending time sunbathing on the beach, you can totally relax in a five-star villa to gain back your energy for the next day.

Cham museum exhibits lots of relics of Cham people in the past. It has nearly 300 stone works of art and terracotta dating back from 7th to 15th centuries. 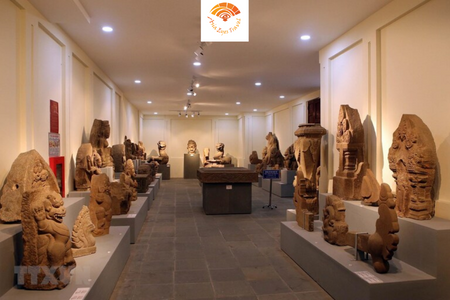 The most impressive exhibit in Cham museum is the huge stone Buddhist pedestal which describes the Champa king. When looking closely, you will see the statue is carved in such a meticulous way.

Today, the museum is being preserved well by the government and local people. Therefore, if you go to visit it, you will not be allowed to do anything harmful to ruin the relics in the museum.

Hai Van Pass is well-known for its scenic hillside roads in Vietnam. It is the connection between Da Nang city and Thua Thien Hue Province. Normally, there are several thrill-seeking motorcyclists coming to Hai Van Pass to train their skills. 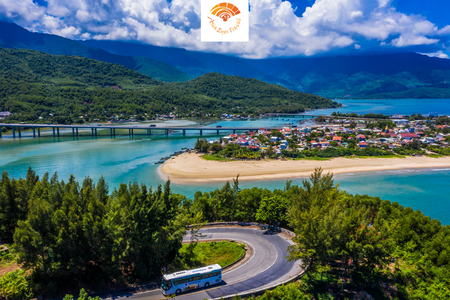 In 2008, Hai Van Pass was voted to be among “the best coastal roads over the globe” by the UK program. So, why are you hesitating to take on a jeep and experience Hai Van Pass with your friends?