Day 1 Luang Prabang arrival
Meet upon arrival at the airport, transfer and check-in at your hotel. In the afternoon, visit the National Museum (formerly the Royal Palace) with its collection of personal artifacts of the Lao Royal Family. Continue to nearby Vat Mai Temple, which was the residence of a Buddhist patriarch before 1975, before climbing Phousi Hill to enjoy the sunset over the city and the Mekong River. Overnight in Luang Prabang.

After breakfast, visit Vat Xieng Thong, regarded as the most beautiful temple of Luang Prabang with low sweeping roofs. Take a traditional riverboat for a 2-hour cruise up the Mekong River to Pak Ou, at the confluence of the Nam Ou and Mekong Rivers, to visit the sacred caves of Tham Ting and Tham Phum, home to hundreds of Buddha statues. On the way, stop at Ban Xang Hai village where sticky rice wine is distilled. Return to Luang Prabang and and continue by road to the weaving village of Ban Xang Khong where traditional mulberry leaf paper is also produced. Enjoy the sunset along the Mekong River at Vat Prabath Tai. Overnight in Luang Prabang.

After breakfast there is an excursion by road to the picturesque Khouang Si Waterfalls nestled in lush tropical forest. On the way, visit some hill tribe villages such as the H’Mong

After breakfast, depart for Vang Vieng through an astonishing landscape of limestone
karsts. Visit a few villages along the road before reaching Vang Vieng around lunch time. In
the afternoon, visit the Vang Vieng Caves. Overnight in Vang Vieng.

After breakfast, drive to Vientiane (about 3 hours).In the afternoon, visit Vat Sisaket, the
only original temple in Vientiane (built in 1818 – it is the sole survivor of a Thai invasion in
1828), the Ho Phrakeo, the former Royal Chapel, where an Emerald Buddha dating back to the time of the Lane Xang Kingdom was enshrined, the Patouxai and That Luang stupa.
Overnight in Vientiane.

After early breakfast at hotel, drive along the Mekong on the only good road to the South of
Laos and cross the wildest areas of the country. Stop at Pakxan for break and sigh seeing
before continue the road to Sala Hinboun hotel which locates on the river bank, surrounded by lime cliffs. Spend rest afternoon to enjoy boat cruise on Hinboun river to visit the Kong Lor
cave which is an impressive 7.5km long river cave. Overnight in Hinboun.

After breakfast, drive southern to Savannakhet. The road goes along the Mekong and zigzags
between the plantation and the hills. En route, stop to visit the ramparts and French colonial
houses of Thakek, the borderline city with Thailand, and the 9th century Sikhotang Stupa,
built in the IXth century. Savannakhet is the second city of the country with a strong
population of Vietnamese origin, who are descendants of the laborers moved by the French
colonists to work in the plantations.
In the afternoon visit Pha Tha Inghang, built by King Sumihatham 200 years ago and explore
the city with its villas and colonial past. Savannakhet is Laos’ second city with a large
Vietnamese population, many of whom are the descendants of laborers who migrated here to work on the plantations in the colonial era. Overnight in Sanvannakhet

After breakfast, continue driving Southern Laos. Continue to Phu Xieng Thong National Park
where you can enjoy the short walk in the wood before reaching Pakse in the afternoon.
Overnight in Pakse

After breakfast, visit of the morning marketing Pakse which is one of the biggest market in
country. Drive through the Bolovens Plateau. On the way, visit villages of the Yaheune ethnic
groups, Lavai and Katu, who still live at the rhythm of their ancestral traditions and preserved
their animists beliefs. You can also visit a coffee plantation which is famous for its roasted
coffee beans. After the coffee plantation, you will arrive at Tad Fan waterfalls, one of the
biggest in the area. Check in at Tad Fane resort, where you will stay overnight in a bungalow
lost in the mist, on the edge of a hill overlooking the waterfalls. Overnight in Tadfane

After breakfast, drive back to road 13 and head South to Champassak. Before reaching this
village, you will cross the Mekong on a local ferry boat, then drive to the famous Vat Phou
Temple. This temple, of great importance, constitutes the origins of Khmer civilization long
before Angkor Wat. The ruins dates back to the 9th and 12th century. The Khmers made it
their main religious centre which originally was Hindu based and representations of Shiva,
among others, can be seen today. Later, in the 16th century, it became a Buddhist site. You will see a large pond with a wide walkway leading to the palace, bordered with sculptures
symbolizing the lingam of Shiva. Inside is a library. Further along are some very steep stairs
leading to the temple. On top, you can enjoy a beautiful view over the valley. Then drive back
to the pier and cross the Mekong and head South to arrive in Si Phan Done, “4000 islands”.
Another ferry boat will take you to Don Khong. Overnight in Don Khong

After breakfast, board a long-tail riverboat for a cruise through the maze of waterways into
the tropical paradise of Siphandone “The 4,000 Islands”. During the rainy season, the Mekong
River reaches an incredible 14km in width and when the waters recede it leaves behind a
myriad of islands and islets. Arrive in Khone Island and discover its colonial heritage including
an old French railway, dating back to 1897, built to bypass the powerful rapids that disrupt
the navigation along the Mekong River. Continue to Liphi Waterfall, home to a colony of
endangered Irrawaddy fresh water dolphins. Go back to the mainland and check in at Khone
Phapheng Resort.  Overnight in Khone Phapeng

After breakfast, head towards the Khone Phapeng Waterfalls, the largest cascade on the
Mekong River along its 4,350 km journey from the Tibetan Plateau to the South China Sea.
Drive back to Pakse. En route, stop at Ban Khiet Ngong village, populated by the Suay ethnic
group, and take an elephant ride through the primitive jungle to explore the enigmatic ruins of Phou Asa Temple. Arrival in Pakse airport for your departure flight 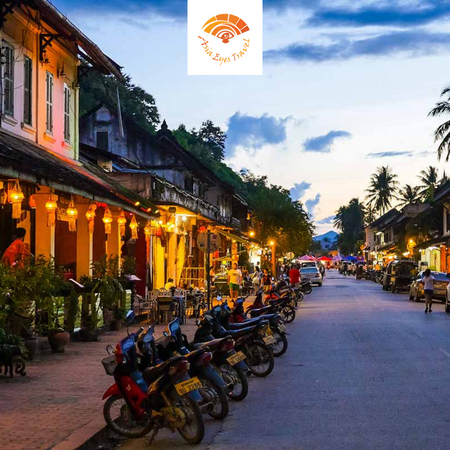 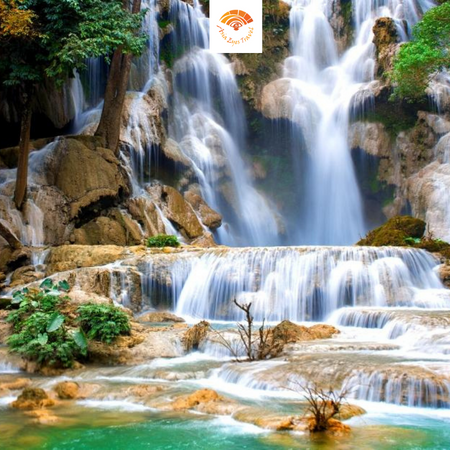 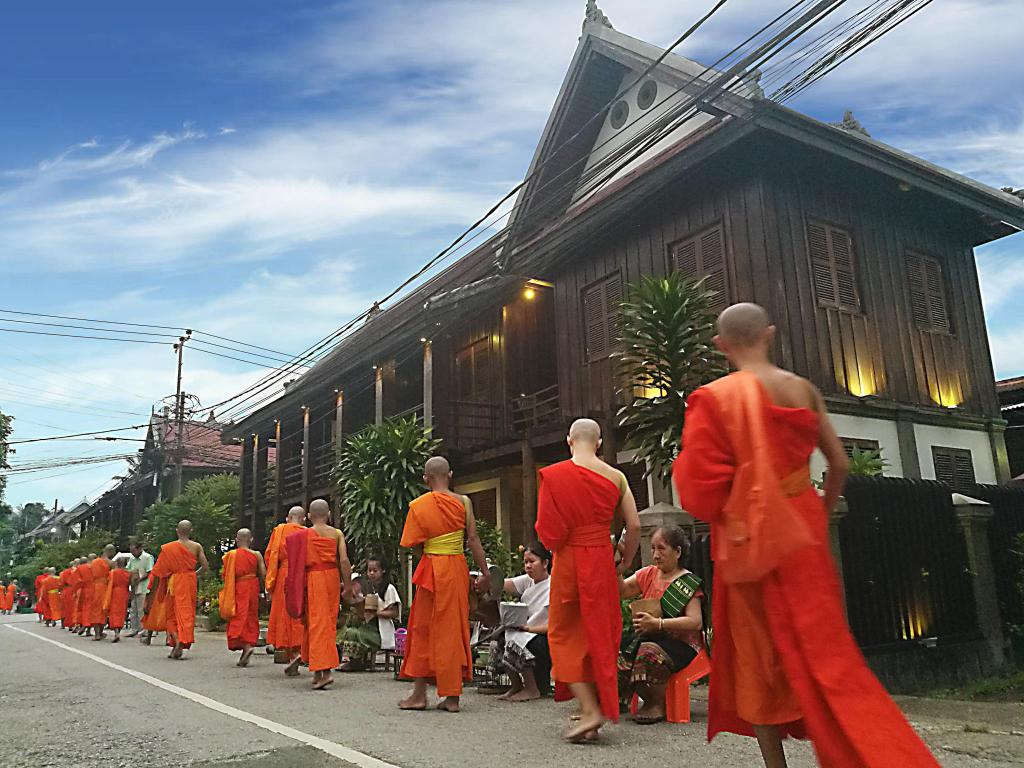