The Fabulous Sights: Besides the rich history and charm of the Old Quarter to the relaxed atmosphere around West Lake, you will see parts of Hanoi that you would never see, some places that would be inaccessible by car and hard to find by walking, only available with Paloma Motorbike Tour. Experience these fabulous tastes and sights and enjoy the streets of Hanoi like a local today.

The Fabulous Street Food: The food of northern Vietnam is famous throughout the world. Hanoi is the heart of this gastronomic culture and with Paloma Motorbike Tour you will experience a large range of these foods over the course of the tour.

Whether it is hidden Street Food Stalls, Small Local Restaurants or a Massive Bia Hoi Restaurant with a view, our tour will find the perfect food scene to satisfy your gastronomic desire. Come with an empty belly and we will send you home with a smile on your dial. For the more curious and adventurous food lover, ask your guide about some of the foods only the locals eat, you will be surprised and intrigued at what you can find to eat on the streets of Vietnam’s Capital City. 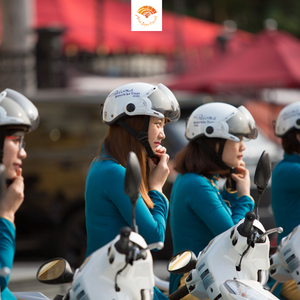 8:30AM: Our female driver will pick you up at your hotel and transferred to meeting point at Café restaurant

Have you heard about Egg coffee? It sounds a bit weird but the taste is amazing. Even if you are not a coffee-lover, it is still worth trying this creative mixing of coffee by Vietnamese people. Sound good? While you enjoy your drink, we will talk about the day’s itinerary and destinations.

Hanoi Opera House is a project built by the French government in the early years of the 20th century. While you’re enjoying the very famous Trang Tien’s Ice cream, we’ll tell you all about its unique structure with the outstanding values in terms of history, culture, architecture and art 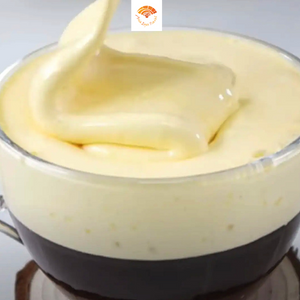 Lying in the centre of Hanoi‘s historic district, Hoan Kiem Lake is a lovely, peaceful place with a fascinating history. In 1428, legend has it that Emperor Le Loi obtained a magical sword from the Dragon King to fight against Chinese oppressors. The sword, as you may have guessed, came from Hoan Kiem lake.

At this stop, we will have a chance to see “Ly Thai To Monument”. This is a cultural and architectural work which aims to honour King Ly Thai To (974 – 1028). He is the first king who found Capital Citadel of Thang Long (Hanoi today) 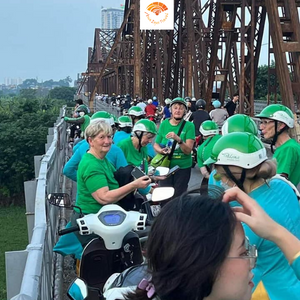 Long Bien Bridge was the longest bridge in Asia when it was built from 1899 to 1902. Known as the oldest bridge in Hanoi that is still living and sharing the daily life with Hanoians silently. At this stop, while you can take some time to enjoy the view and take pictures, our tour guide will also introduce the history of the bridge as well as details about the life of locals from 2 sides of it

This large, non-touristy market is located in the Old Quarter, 900m north of Hoan Kiem Lake. There are hundreds of stalls here and lots of the goods are household items or tat, but it’s a fascinating place to explore to catch a flavour of local Hanoian life. The area around it also has loads of bustling shops, and more stalls appear at night

We will then have a quick visit to the B52 plane crash site. This is a remarkable victory of Vietnam soldiers 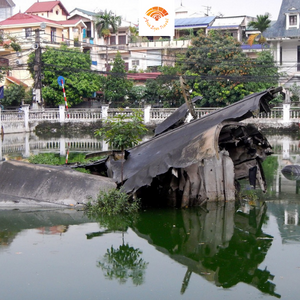 during the Vietnam war. You will also get to visit a local market nearby to see daily activities of the Hanoians.

West Lake is known as Hanoi’s largest freshwater lake. It’s a huge body of water – it has a circumference of 17km – and there are plenty of historic places of interest, five-star hotels, stylish restaurants, cafes, and nightlife venues that are worth exploring along the shoreline.

The West Lake is bordered by several significant pagodas. Vietnam’s oldest pagoda, Tran Quoc pagoda, was built in the 6th century and is located on an island in the middle of the West Lake.

At this stop, while you can take some time to see the attraction from outside and take pictures, our tour guide will fill you in with more stories about our Uncle Ho & the historical information. 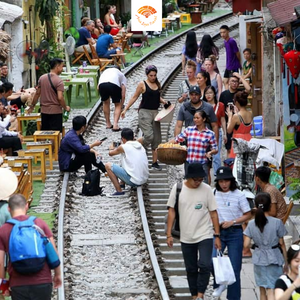 Hundred years old train tracks running through the heart of Hanoi’s old town have recently become an interesting attraction – Hanoi train street, for travelers to Hanoi, especially foreigners. Sitting at a cafe in line with the railway, watching the lives of local people, though potentially dangerous, still makes many curious visitors want to experience.

Feeling hungry? We are going to have lunch at the local restaurant near by the bank of red river before driving you back to your hotel. Tours end 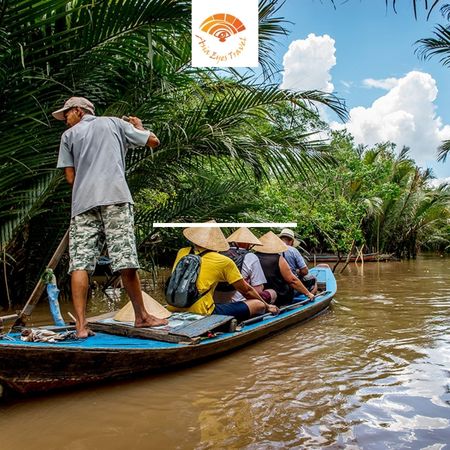 Saigon-Mekong Delta (My Tho) 1 Day 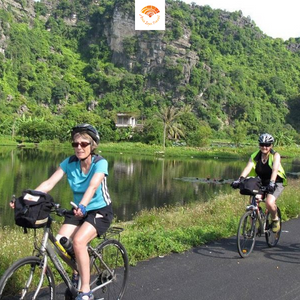 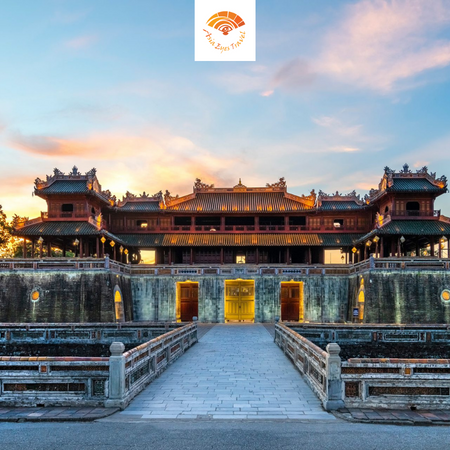 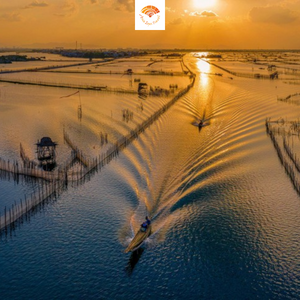 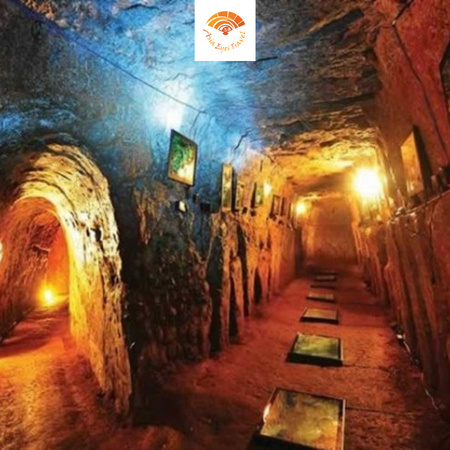 Dmz tour with Vinh Moc and Khe Sanh Combat base 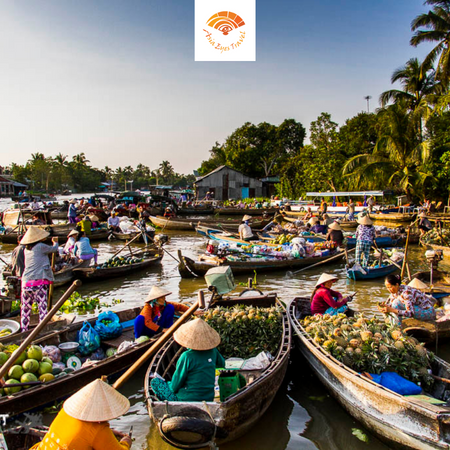 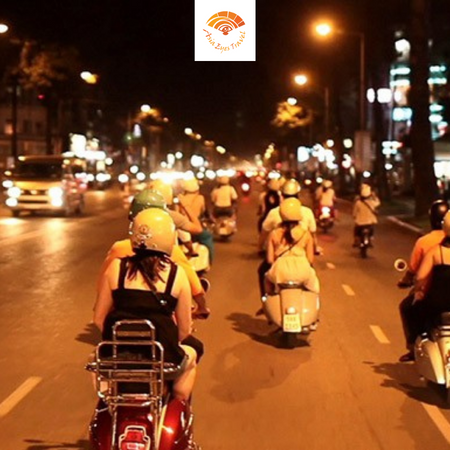 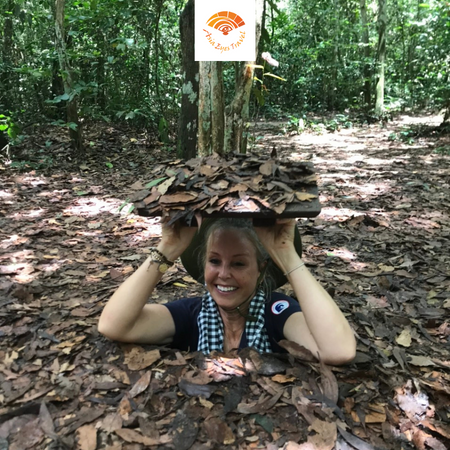 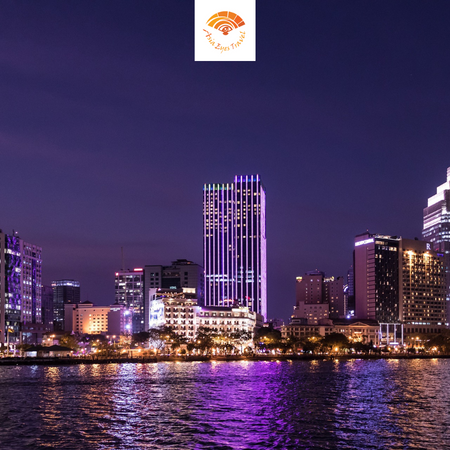